IDA is an open science platform, whose mission is to become the trusted hub for the emerging field of solid-state nuclear science.

Solid-state nuclear science lies at the intersection of quantum dynamics, nanostructured materials and nuclear physics and is concerned with the interplay of the molecular, atomic, and sub-atomic scales. 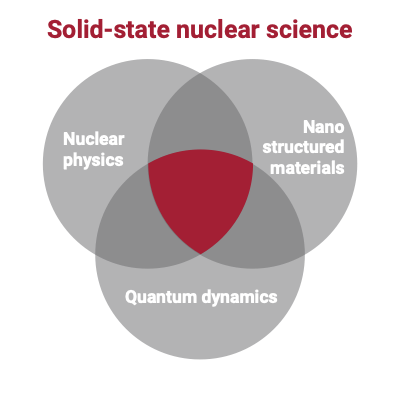 Where did this field come from? A full historical account deserves a whole blog post to itself, but in short we can say the following:

Solid-state environments have long been considered rich in their dynamics. For the longest time, the atomic nucleus was considered as merely a passive observer - like a cork bobbing up and down in a pool of water. However, as early as the 1930’s scientists showed that, at least in principle, the weakly connected atomic and sub-atomic scales could in fact influence each other (Breit 1937). Interest in such effects was accelerated by reports, in the late 1980s and 1990s, of experimental anomalies in metal-hydride systems (often dubbed cold fusion and LENR). While not all of those reports live up to our scientific standards, we believe that collectively they represent a body of formal and informal knowledge not to be ignored. Indeed this knowledge has since gone on to stimulate rigorous development in theory, materials and concepts which together define a scientific field (see about page for more details).

At Project Ida, we believe that in order to progress solid-state nuclear science as quickly as possible, we need to tap into the vast wealth of experience and resources that already exist in the scientific community. To this end, the work at Project Ida will primarily seek to:

Enjoy exploring our site, where you can learn more about us and our motivations, the story behind the name Ida, some great literature to get you started, our current research  and thoughts about various topics in our blog.

In this fifth tutorial of the series we add another two state system (TSS) into the mix and, by following the same journey as in tutorial 4, we find that not only is boson emission and absorption possible but also the transfer of energy from one TSS to the other without any bosons being involved 🙀 .

Like other papers in this series, this paper was also prompted by the announcement of high fusion rates at ambient temperatures and pressures (Fleischmann & Pons 1989). Koonin & Nauenberg 1989 is a short 2-page paper published in Nature that employs a textbook approach for estimating D+D fusion rates under basic assumptions. Maybe because of this, it has become an often cited starting point for discussions of enhanced D+D fusion rates.
Koonin, S. E., & Nauenberg, M. (1989). Calculated fusion rates in isotopic hydrogen molecules. Nature, 339(6227), 690+. Retrieved from https://www.nature.com/articles/339690a0

Assenbaum et al. 1987: an early discussion of the effects of electron screening on nuclear fusion

The central challenge that needs to be overcome to make nuclear fusion work is the electrostatic repulsion between nuclei. However, negatively charged electrons can to some extent “neutralize” the positively charged field that causes the internuclear repulsion. Assenbaum et al. argue that — in first approximation — one ought to consider the position of the innermost electron of a nucleus (in the classical electron radius picture). One can then effectively ignore the Coulomb force from this radius into infinity, as it is neutralized by the surrounding electrons. Effectively, this suggest an enhancement of fusion rates in an environment with close electrons.
Assenbaum, H. J., Langanke, K., & Rolfs, C. (1987). Effects of electron screening on low-energy fusion cross sections. Zeitschrift Fuer Physik. A, Atoms And Nuclei, 327(4), 461-468, . Retrieved from http://inis.iaea.org/Search/search.aspx?orig_q=RN:18078124

An educated point of view on nuclear fusion research

Nuclear power comes in two flavors: nuclear fission and nuclear fusion. Nuclear fission is the process used in the roughly 400 Nuclear Power Plants around the world today. In fission, energy is released by breaking heavy Uranium nuclei into lighter parts. In fusion, energy is released by fusing light nuclei (such as deuterium nuclei, a hydrogen isotope) into heavier nuclei.

In this fourth tutorial of the series we flex our quantum muscles 💪  and go deep into our fully quantised model of a particle interacting with a quantum field and find that, despite the increased complexity, knowledge from the semi-quantum model of tutorial 2 helps elucidate some surprisingly physics. Instead of the emission of a single large energy boson, we find that it’ 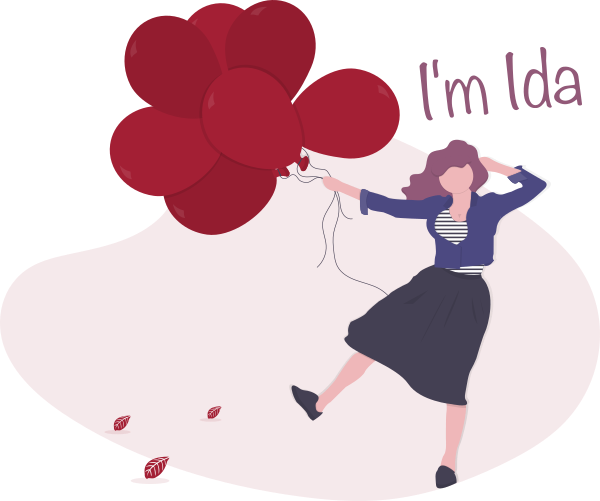 From our community - Curated tweets by projectida